Biography of the Quarantine

As soon as I began counting down the days until the end of my undergraduate career, life took a drastic change and decided that despite all my years of dedication to my education and to my sport, there was a different plan in store for my future. There were several things that I would not experience, things that I had dreamed of since I was a kid; I would no longer be able to finish my collegiate career as an athlete the way I had always envisioned it, I would no longer be able to have a college graduation ceremony where my family and friends could watch me walk across a stage and receive my diploma, I would not be able to have the dream wedding that my fiancée and I had been planning for almost 8 months. Though it seemed as if I could not catch a break, and felt as if my world was getting tossed around in a dryer, I began to realize that for the first time in my life, everyone on the entire planet has become connected in a way that no one could have ever even thought of. While I sat …
1 comment
Read more 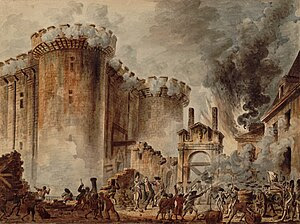 Authors Notes: This story was somewhat based on the story of Beowulf, but more than anything, just kind of came to me on my own. In this story, the son of an unjust king and queen finds out how easy he has it and begins to resent the way his parents treat their kingdom. He finds a beggar and brings him back to the castle as a friend but sees how his parents react to the sight of a beggar and becomes angry with them. This story is about fairness and being understanding of other people and shows how charity and generosity can go a long way. In the story of Beowulf, Beowulf was always looked at as not being as strong as he really was or was made fun of because of how clumsy he was. This story is related because the king and the queen both find the sight of poor citizens to be appalling, until one day those same citizens whose lives had been ruined by the king and queen, show up at their door and demand the kingdom return to the people. I hope you enjoy this story and hope that you all c…
Post a Comment
Read more 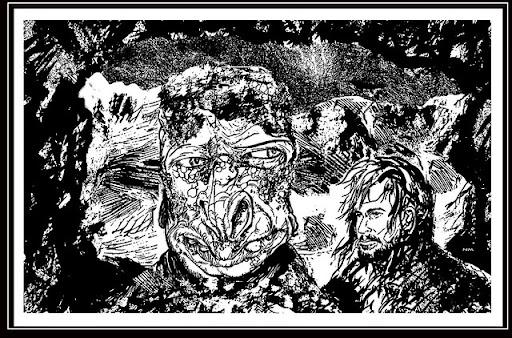 Grendel Attacks:
Beowulf awoken one day with a lethargic feeling and heavy mindset. It was foggy outside and the entire setting made Beowulf seem dazed and confused. In the distance, a beast came through the fog and it made loud grunts almost like that of a hog. As the fog parted and the moonlight crept in, a gigantic shadow made its way through the forest. The beast made its way to the great Heorot hall, and stood in front of the door. Beowulf and the other Geatish earls lay sleeping inside. The beast was Grendel. As Grendel got closer to the door, he sent out a spell that made those sleeping inside fall into a deeper sleep. Beowulf however was able to counteract the spell as he was already slightly awake. Grendel broke down the massive door and Beowulf quickly jolted awake. Beowulf saw the monster through the haziness, and as he got up out of bed, he struggled to get to the beast. When he laid his dreary eyes on the beast, he collected the full magnitude of how immensely large Grend…
Post a Comment
Read more 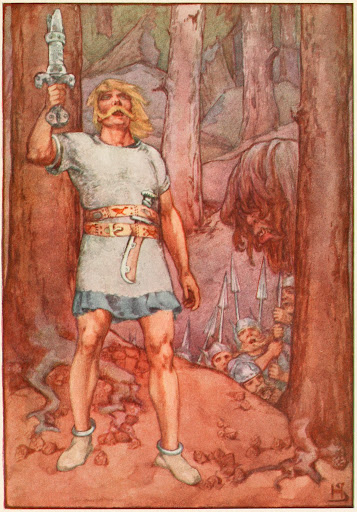 King Hygelac of Geatsland:
Geatsland was a land that is now what is considered northern Europe. The ruler of Geatsland was Hygelac. Hygelac was married to queen Hygd. Hygelac was a stern ruler, but his queen was considered to be Wise and Fair. Geatsland was on the coast, and there were many famous men who came from this land who were known to be heroic both on land and in the sea. Geatsland neighbored the Danes and the Frisians. All of the people in these areas were considered to be warlike. Geatsland was made up of vast forests that were inhabited by large beasts. Sometimes these beats would kill fishermen or farmers, and when this happened the Geats would wage war with the beasts. One day, the king and queen gathered the warriors of Geatsland in the kings drinking-hall. During the party, many stories were shared and songs were sang.

The Young Beowulf:
Hygelac's nephew Beowulf was one of the warriors of Geatsland. At a young age, Beowulf showed immense strength and a war like man…
Post a Comment
Read more

Reading Notes, California and the Old Southwest, Part B 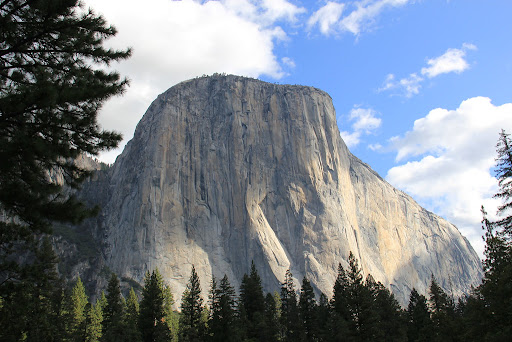 Origin of the Sierra Nevadas and Coast Range:
This story is about the creation of the world. Early on, there was nothing but water covering the entire planet. In one spot though, there was a large pole which two birds sat on. These two birds were the Hawk and the Crow. For many ages, they would fight for the top of the pole to perch on. One day they created other birds. These birds were Kingfisher, Eagle, Pelican, and Duck. Duck was able to dive deep into the water unlike the others, and when she dove once, she collected a beak full of mud and then died on the journey back to the surface. When she finally surfaced, Hawk and Crow took the mud from her beak and created the mountains. After they had finished creating their mountain ranges, Hawk realized that Crow's mountain range was much larger. He used some Indian tobacco which made him wise, and then circled Crow's mountains with more which then made Hawk's territory larger.

Reading Notes, California and the Old Southwest Part A 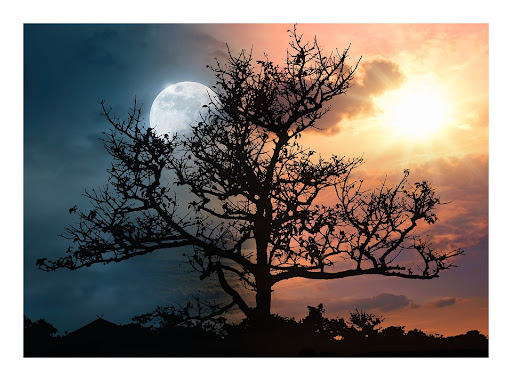 Creation and Longevity: Coyote and Eagle are the main characters. Together they helped form the earth and all of its life. They each had separate jobs during the creation. Coyote created the planet, while eagle created the mountains. Coyote created hills, while Eagle created the valleys and ridges. Eagle was responsible for creating trees and bushes, and Coyote was responsible for medicine. Together they created man, and decided that if man wanted to live, they could, but if they wanted to die, they would let them die. Coyote was responsible for fire to warm the Indians.
Ole Mole and Coyote: In this story, we hear about the journey that Coyote took to get the fire back to the Indians. He traveled eastward towards the white Fire Stone and stole the fire stone to bring back to the Indians so that they could be warm. We then hear about Sun, and his nine brothers. Each of them was flaming hot just like Sun, so Coyote had to kill the nine brothers to save the world from burning. Then we hea…
Post a Comment
Read more 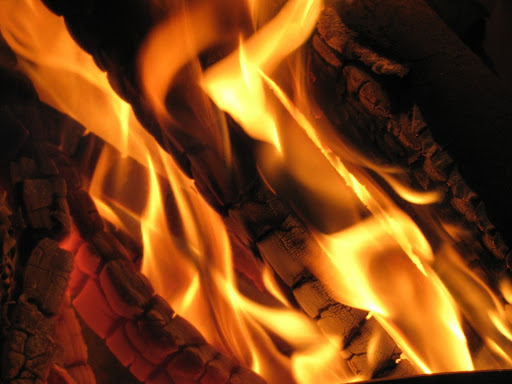 Ryker was the military specialist of a special city just outside of Tokonowa. He was known to be extremely skilled in martial arts and had many weapons that he was a true master with handling. He had been a part of an unidentifiable assault team that his country used to gain power in their kingdom. For his entire life, Ryker had trained countless hours a day to help his team achieve glorious victories in every battle they went into. Their team was known as the Convoy's, and it was Tokonowa's greatest military unit in all of the city's history.

Ryker had several teammates who were specialists in other areas of fighting, Gino was good with guns, Amus was good with swords, and Becker was the best in the kingdom with hand to hand combat. Each day these four warriors would train together in the kingdoms training arena, working on their skills and battling against simulated experiences that would better prepare them in real life combat. After each week of hard training, they wou…
4 comments
Read more
More posts